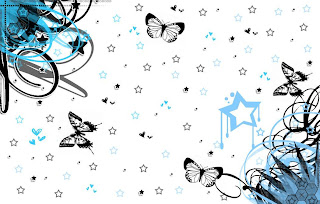 Music That Made Me is a weekly personal and autobiographical dip into the ocean of memories that over the course of this year will give context to Breaking More Waves.

There are some people that drift into my life and I can never remember where I first met them. Then occasionally there are people who boldly rush in, pushing everything out of the way with such an immediate impression that they are impossible to forget.

It was fireworks night – the air was full of sulphur and excitement and I was living on a houseboat on the River Thames. We were permanently moored in Windsor with a direct view of the castle. I often used to imagine her majesty woke up, looked out of her window with wakeful royal eyes and the boat was the first thing she saw.

This particular girl, who for some time I became almost strangely obsessed with was like no one I had met before. She had many of the typical traits that I found attractive in women – arty, pale skin, red curly hair, Celtic accent, suitably cool individual fashion sense (she sat next to Stella McCartney in needlecraft at Central St Martins College of Art and Design) - but what attracted me most was the conflict between her energy and the wall the she occasionally put between us. She had a contagious and explosive zest that made the world seem an exciting place full of endless possibilities, yet sometimes she seemed afraid of losing her own securities.

We became friends very quickly, nothing more – our relationship was one which for the most part sat on the side of nothing more than a vague tease - and we thrived in each other’s company. Everything we did seemed full of excitement – expensive Champagne at the Royal Opera House in Covent Garden served by distinguished Italian waiters, weird backstreet temporary fetish fashion stores, vodka cocktails in hidden London basements, art-house films at the National Film Theatre, her exotic friends who made poverty seem exquisitely glamorous. “Let me give you a butterfly kiss,” she whispered one day to me, pressing her lips as close as possible to my face without ever touching. She was impulsive, eccentric, and maybe a little unstable at times; I thrived on it all.

She wasn’t a huge fan of music, although she loved experiencing the new – she was a big fan of travel and she often sent me letters from far corners of the world. When I took her to see The Verve at Brixton Academy she almost got into a fight with another girl – she had some temper on her. But it was another band and another song that I remember her by. The group was James.

I loved and still love a lot of their material – from their early 80’s indie-folk roots to their arena topping rock-pop of the early 90’s. She’s A Star isn’t by any means my favourite James song – that would be a close call between Ring The Bells, Sometimes, Out To Get You, Johnny Yen and of course their anthem Sit Down, but it reminds me of her. There’s some snippets of lyrics that seem just right “much brighter than all this static,” and “so frightened that he won’t love her, she builds up a wall,” seemed to almost be written with her in mind. I never told her that when I heard the song it made me think of her – at the time I wasn't an outward fan of clichéd sentimentality and linking it to music, but now some fourteen years on when I hear She’s A Star it makes me smile and remember.

Email ThisBlogThis!Share to TwitterShare to FacebookShare to Pinterest
Labels: James, Music That Made Me

A really evocative story and as with a lot of stuff you write, made me want to listen to the track. What ever happened to her?

What happened ? Ah that's the cliffhanger isn't it ? Not sure I want to tell the whole story in a public domain I'm afraid - some memories must remain private.

i LOVE these new personal memories they make me really like you and give a real nice human insight to you more please. as the previous comment said they are very evocative !

This was awesome. Especially since I learned the love of my life who I recently moved in with was in the Live at Manchester G-Mex VHS that was the video soundtrack to my youth.

Thank you for sharing a lovely story, showing us once again the deep connections we all have to music :)