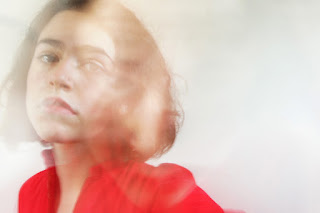 This is the first post for nearly two weeks. Something was scheduled to go up earlier last week, but the new artist in question released a new (second) single the day before the post and it was an absolute shocker, so I just couldn’t stand by my post and it never went online.

It’s a simple lesson re-learnt; that pop music can be a fickle. Yesterday’s artist with potential can be today’s dodgy incompetent. Nobody has a crystal ball that is accurate.

Whenever a writer blethers on about all the artists that they wrote about in their infancy that are now festival headliners, ask them which artists they wrote about that came to nothing. There were probably a lot of them. ‘Tastemakers’ memories can be selective.

With that in mind today I’m introducing Jayla Kai. She released her debut single I Can’t Lie just a few days ago. An extremely easy on the ear piece of  music that would sit comfortably in a record collection alongside the likes of Phoebe Bridgers, Julien Baker and Soccer Mommy, but manages to feed in some electronics and a pop sensibility as well: “I never thought I could have a song with a beat drop,” she says. “Now I love it. It’s authentic vulnerable, shamelessly unfiltered. It’s me.” I liked it so much I put it as the first track on the Breaking More Waves New Music Weekly playlist.

Kayla grew up in Woodstock and has benefited from the experience and positive approach of Kieran Hebden (Four Tet), when at the age of 15 one of her teachers put her in touch with him. Kieran has helped inspire and motivate her to the point where Kayla is now releasing music, with an EP to follow through new independent label Everybody’s Music. Of course, that EP might be garbage; but if it’s not and Kayla goes on to critical success and fame and fortune I will absolutely delight in telling anyone that listens that I was one of the first to write about her.