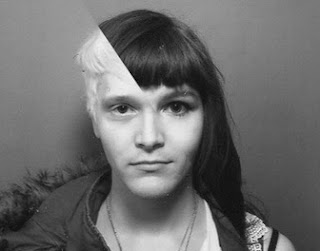 South coast boy-girl art-synth duo Curxes have been creating some minor storms at recent gigs they’ve played, their full throttle sound and stage show becoming more confident, more threatening and more explosive every time they perform. Since they first appeared on Breaking More Waves in May 2011 there’s no doubt that they’ve raised their game, punching away any criticism that they’re just some sort of Depeche Mode tribute act with a female singer. Curxes are grittier, dirtier, sharper and more jaw-droppingly cool than they’ve ever been.

Forthcoming eargasm of a single Spectre is probably one of the most uncompromising pop songs you’ll hear all year. Yet despite the gnarly guitar sounds, the sinister dystopian background voices, the anti-verses and the near electronic violence of the track it’s still a pop song - for there’s a spectacular chorus lurking within.

Now Soil In The Synth takes the anger of Spectre and turns it into something even more unstable and destructively filthy. It will send cardigan wearers running to the hills crying like mothered babies, but for the rest of us, this remix is a brutal pleasure. It transforms Curxes from an largely electronic band to a more gutteral guitar noise more akin to something like post punk group Savages. You can grab it as a free download in exchange for your email address below. Do it.