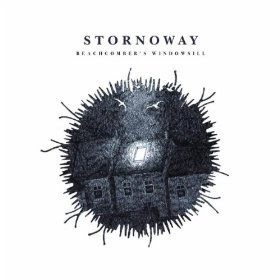 ‘Quite simply an album of near perfect songs.’ That’s how we described Stornoway’s Beachcomber’s Windowsill back in April. Now in December nothing has changed our mind.

Beachcomber’s Windowsill is a very honest record, full of themes of romance, travel and nature all narrated by the quietly charismatic vocal of Brian Briggs; it’s an album that the word lovely was invented for. Gentle acoustic pop songs with a folkish edge and occasional trumpet nuzzle your ears with autumnal tenderness. It’s as if Belle and Sebastian had decided to light up a campfire and read some books on the environment after they recorded If You’re Feeling Sinister.

There’s not a weak moment on Beachcomber’s Windowsill. Whether they’re rolling out banjo’s and gently thumping rhythm’s on We Are The Battery Human – a thoughtful song that touches on the ideas of freedom, over population and expressing your inner self, or the polite excitements of single Zorbing with its lyrics of “lying in your attic, I can feel the static, the storm has broken, heavens open, so electrifying, oh I'm nearly flying, lost my heart between the sheets of lightning,” everything Stornoway do is idyllic.

This time last year we named Stornoway in our Ones to Watch for 2010 describing them as a band that ‘could easily make a number of people swoon and gush with warm affection.’ With a top twenty album and sold out shows across the UK, we’re pretty confident that Stornoway did just that.

If you’re feeling bad about life this cold winter, put on Beachcomber’s Windowsill; it will warm your soul.

Email ThisBlogThis!Share to TwitterShare to FacebookShare to Pinterest
Labels: Best Albums of 2010, Stornoway