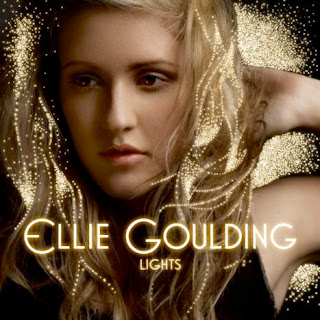 Ellie Goulding’s debut LP is the first of two albums on our end of year top 10 that probably won’t be appearing in many other media top 10’s. For pop music usually gets short changed in end of year lists; possibly because it’s not deemed worthy or real enough to be given consideration. It’s a real shame - because Lights is a quality pop album that stands up to the weight of hype.

Back in March when we published our original review of the album, we expected to get a lot of negative comments, but instead the reaction from readers was highly favourable. With over 300,000 sales of the album now registered it seems that the difference between the so called ‘serious music critics’ (who weren't enamoured with Lights) and the public is significant.

As a music blogger, it gives a great sense of satisfaction to write about a new artist very early on in their career (in this case February 2009) and see them follow through with an album that becomes one of your favourites nearly two years later. Consider book one of the Ellie Goulding story closed with a happy ending.