Equal Opportunities For Women Musicians - Are Bloggers As Bad As Festival Bookers? 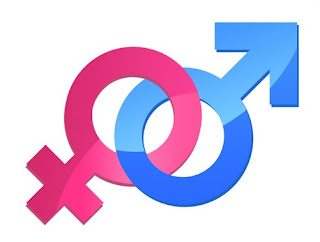 Over the last year the subject of the number of female performers at UK festivals has been questioned time and time again. A recent analysis by the Guardian investigating the gender split of artists, calculating the number of male and female performers featured on posters advertising festivals, found that there were 2,336 men on stage at the major festivals in the UK this year compared with 270 women. Anyone with a sense of fairness would see that that something is quite clearly wrong here. However, just calling out the festival bookers is only the tip of the iceberg. We think that Emily Eavis of Glastonbury hit the nail on the head when she stated “the question of why there are so few women needs to be asked further back than us…. We also need those female artists to be pushed through – by record companies, radio and the media.”

We agree. The music industry itself needs to take a long hard look at how it operates and why so few women have opportunity.

People often comment about how many women artists we write about on the blog, as if it’s unusual. Yet here’s a reality check. Of the 10 artists we’ve written most about in Breaking More Waves 7 year history (you can see the full list here), if you include all the members of a band where the artist is billed as band, rather than just a solo act, and not just vocalists you’ll find that only 45% of the acts we’ve written about are women. Not so good after all huh? OK it’s close to being equal, but if we’re perceived as being women heavy, what of other blogs?

Last week we did a quick straw poll of other blogs we read and their posts from the last couple of months. The % splits were generally far better than the music festival results (shout out to Just Music I Like who bucked the trend and had featured 71% women musicians in the last month) , but it was clear that overall, the bands being written about still contained more male musicians than female. Solo women artists featured more often, and in some cases it was hard to know how many people were in the band and what sex they were, but as a very broad guestimate the split was 70/30 in favour of males. Interestingly, some of the blogs that have been quite vocal on Twitter about the lack of opportunity for women in music didn’t do any better in our quick straw poll analysis than other blogs.

Leigh from the above mentioned Just Music I Like went one further last week and tried to analyse why it is that maybe bloggers do write about music that has more male musicians as part of the act than women. He analysed his ‘supply chain’ of music submissions, namely his email in box, in a snapshot survey and found that male artists accounted for 78% of submissions and females just 22%, and this was made up of acts that were male only (60.5%), female only (21.4%) and mixed (18.1%). So whilst this isn’t conclusive it supports the theory that more men are making music, or at least more men are making music and submitting them to blogs. You can read the full results of his study here. The big question of course is why is this?

The answer of course probably isn't one simple black and white solution. There's probably a lot of work that needs to be done to change things. We’re a firm believer in action speaking louder than words - there’s been an awful lot of words on the internet about this lack of opportunity and whilst the discussions and tweets are useful to a point, so much more needs to be done. We think it’s up to everybody to consider and change their actions where necessary, not just festival bookers, but anyone involved in music, right down the supply chain, back to music education at schools.  “Equal opportunity” doesn’t just mean treating everybody the same. It means adapting our ways to give everyone an equal chance. Clearly this isn’t happening right now.

Of course if you think that women are being given equal opportunity in the music industry as performers, do let us know, and if you think they are, why? We're interested to hear your views via Twitter or in the comments below.

I was thinking about the same thing after reading that article, are people really listening to so few female acts?

Personally I listen to mostly females for personal obsession reasons and my blog posts are way over 70% about girls. But I don't see that as an achievement and your numbers seem accurate. Achievement for me is only being honest in expressing my taste.

I think is for two reasons, there aren't enough female musicians and the ones that exist are not as good as the males. I think the key data you posted is that there are only 20% female submissions. How many posts can one do?

In my country, Italy, is even worse though, if you go to a gig there aren't many females in the audience for indie bands. Guys making music for guys (I remember alvvays some months ago saying something like, wow there are so many guys here and thats a female fronted band for example)

All this explains the music festival data. Festivals are not the special Olympics, they book who the ticket buyers want to see.

About blogs I think when writing a blog we should talk about the bands we honestly love, regardless of nationality, race or gender. No special treatments, just honesty. I think music is the only field where nothing else matter. Hell if even israeli and palestinians can get along (via the divan orcherstra) I'd say music is just about music and so should it be.

I think is up to girls to make a band if they want to, record and post a good song on soundcloud, send the link to blogs and raise that 20% submission rate.

That's the first step and nobody is stopping any girl from doing it in my opinion. But of course is easier to find excuses than to find a way.