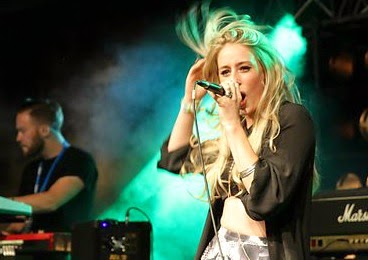 New music is Breaking More Waves main raison d’etre so it makes sense that despite all the big names at Glastonbury for us to spend a fair proportion of our time watching new bands playing to much smaller audiences. The usual cliché that’s rolled out by stages putting on new artists is that it’s a chance to see tomorrow’s headliners before they get big, but the reality is that most new artists will never get anywhere near playing the larger stages. However, it’s the fresh, the new, the original that often excites us more than acts we’ve already seen numerous times, irrespective of if they are stars in the making or not.

Here are 10 new bands and artists that we witnessed at Glastonbury 2014.

Runner up in this year’s Glastonbury Emerging Talent Competition and having already supported Sam Smith on tour, Izzy Bizu came marked with good credentials and she delivered on those.  A pleasantly airy but soulful vocal with hints of jazz and pop; Izzy was natural and confident without ever appearing arrogant. Hear White Tiger below and then try and claw the song out of your head – pretty much an impossibility.

They’re new. They come from Yorkshire. They’re a brass band. They covered classic pop from Eurythmics to Daft Punk to Beyonce and ended up in the audience with a rootin and tootin version of A-Ha. They do weddings as well as festivals. It almost makes us want to get married.

Storming alt-rock three piece with an early 90’s grunge sound complete with the most intense retina burning white backdrop lighting we witness all weekend (see picture below) Nothing original, but powerful nonetheless. 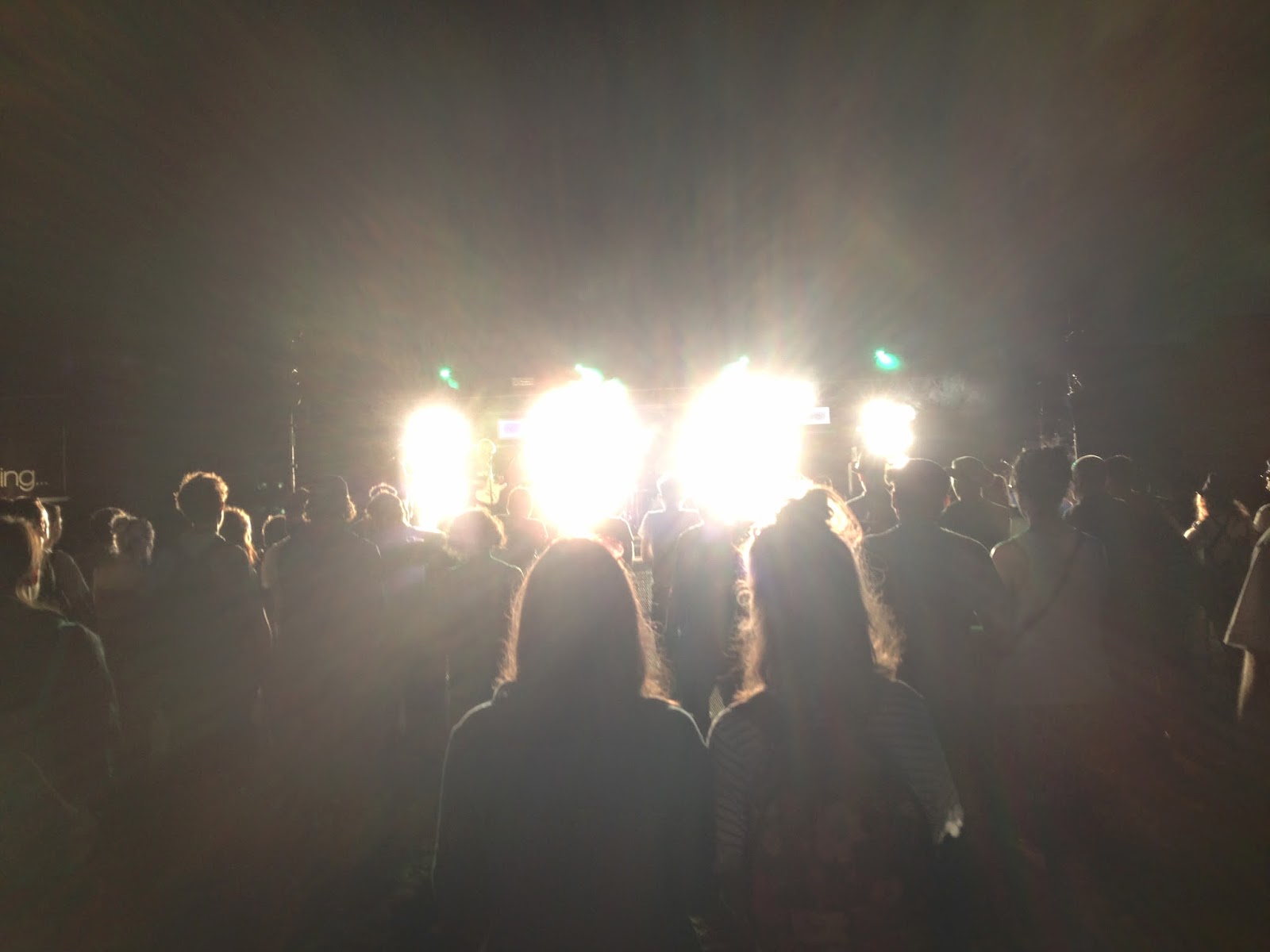 Another one of this year’s Glastonbury Emerging Talent finalists, nominated for the competition’s long list by this very blog. Introduced on the Rabbit Hole Stage as being ‘personally selected by Michael Eavis’ Gibson Bull and his band's organic sound and deft songwriting probably wasn’t quite right for an audience who were gearing up for an evening of partying, but for those prepared to listen it was well crafted stuff.

There’s no doubt that Låpsley’s Station was one of our favourite late discoveries of 2013 and sibling tune Painter’s soft electronic coating was equally as affecting. However, whilst Holly Lapsley Fletcher has an undeniable talent, her experimental pitch shifted vocals and gooey ambience just didn’t work in the live context at Glastonbury; Holly appeared a little over nervous, there appeared to be some technical problems during Station and it felt like a few more live shows under her belt would have helped before she had to play a higher profile gig like this was.

Sitting in the same chilled zone as Låpsley, Lake District lads Aquilo had no festival shakes. This was slick, soulful, purring, piano and electronic loveliness. If you love London Grammar and James Blake then Aquilo will be your next favourite thing, or your money back. But of course you probably already know that, when you read about them here first.

As the first rain of the weekend began to fall, we took the sensible option and firmly located ourselves under cover to catch Zoe Phillips, a piano based singer songwriter who played a set of easy on the ear ballads and soothing well-mannered pop to a decent sized crowd to start off of the Thursday afternoon of the festival in the Rabbit Hole stage. (Pictured below). 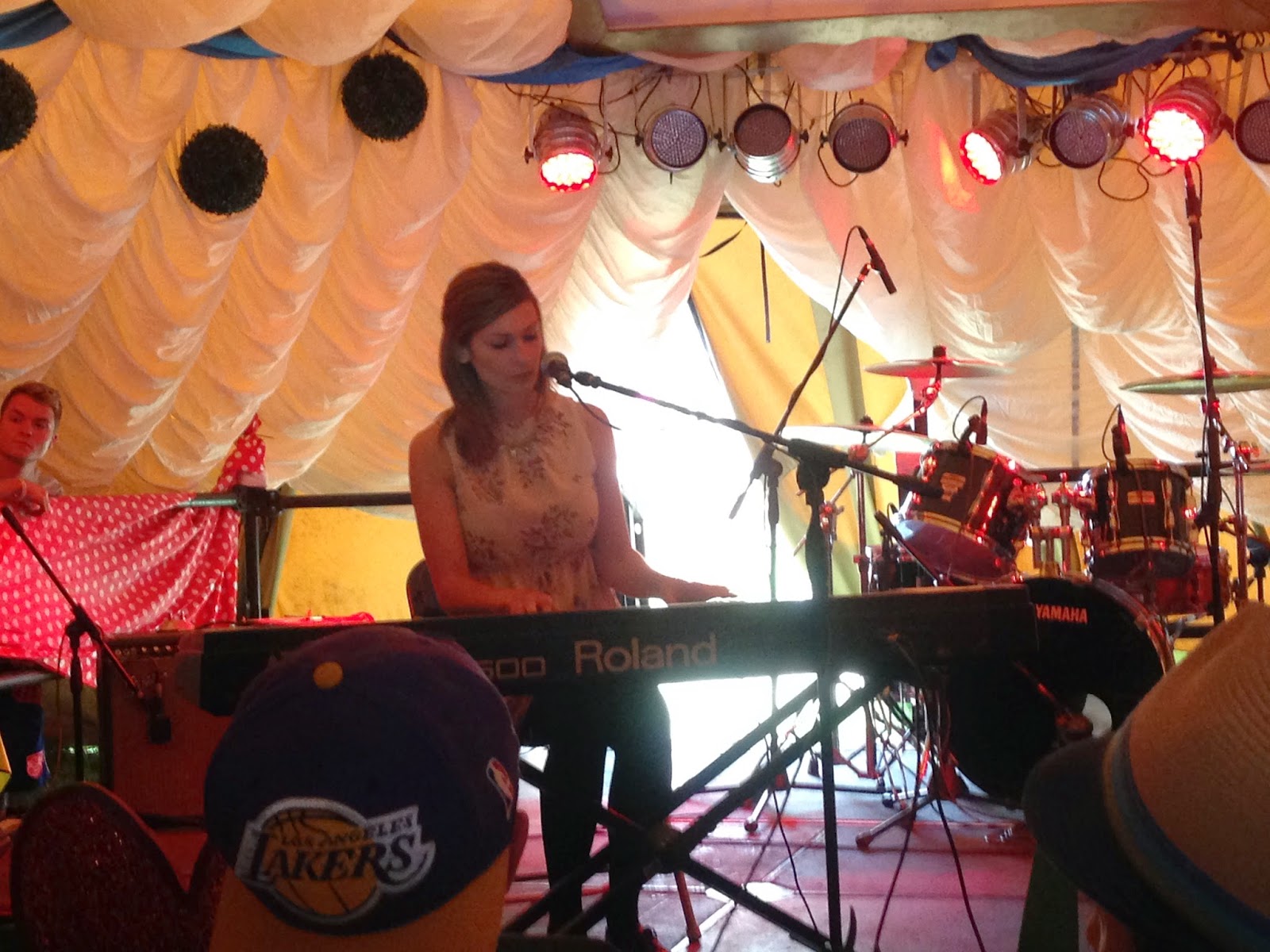 Recently introduced to readers of this blog here, Lyza Jane impressed with her foxily atmospheric electronic trip-pop. Somerset’s answer to Banks? Quite possibly. (Pictured below). 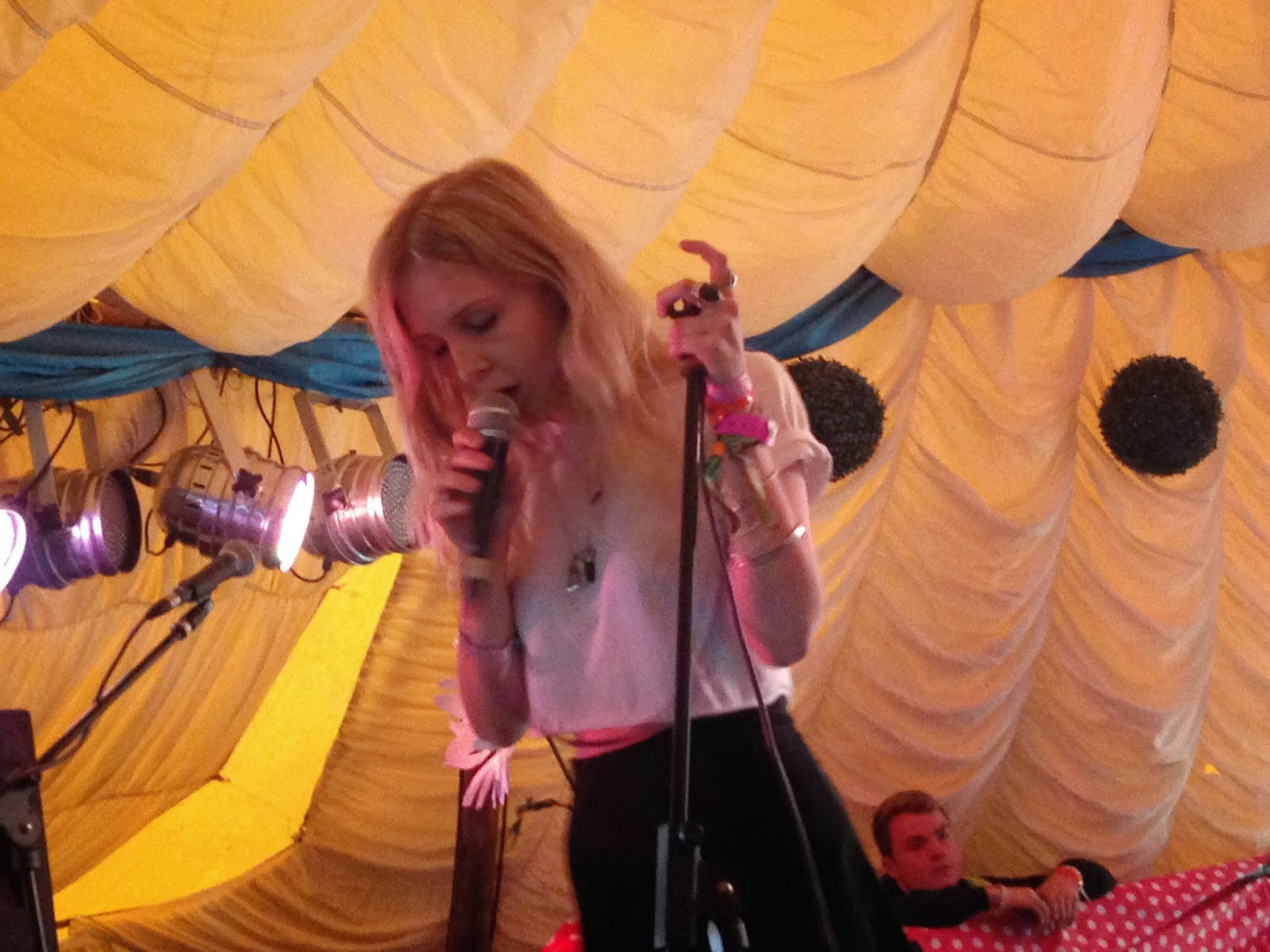 
Introduced by Jamie Cullum, Violet Skies (pictured top) has expressive hands and wiggly hips. These are good things in pop. Then there’s her tunes which feature operatic and humble vocals, crisp electronic production, throbbing bass and hushed piano. All of these things are reasons why we catch her live for the second time in a week.