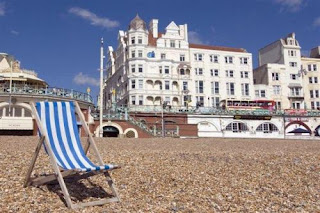 This is our third preview post on Brighton’s Great Escape 2012 which takes place between 10th-12th May. Today we turn our attention towards Saturday’s activities and three further recommendations for bands to see. With the likes of We Are Scientists, Africa Express Sound System and Madeon occupying some of the bigger venues, there’s also plenty of interest at the smaller shows, particularly during the day.

Of particular note is the recent addition of ex X-Factor star Aiden Grimshaw on Saturday. It will be interesting to see what the turnout for this gig is, with day tickets for Saturday having already sold out and the Great Escape not particularly being an event that people who stay in on Saturday night and watch X-Factor are likely to attend. However there’s a possibility that there may be a sizeable crowd of curious types, given his recent positioning in fairly hip magazines, hype machine chart placing and the fact that he never really fitted in as a typical X-Factor star anyway. If you’re going to his show please let us know on twitter what you thought afterwards.

So here are three acts that are highlighted on the Breaking More Waves schedule. Our previous two posts have presented the artists music via Soundcloud streams. Today we're going visual and doing it via You Tube.

The Hydrant may be geographically somewhat out of town compared with other venues at the Great Escape but there’s a fantastic afternoon of music promised for those enjoy sounds of a more acoustic bent and make the trip to this Alt. Escape show. In fact it’s worth taking residency all afternoon to catch the likes of Karima Francis, Stealing Sheep, Like Spinning and an artist that Breaking More Waves adores – Emily and The Woods. Emily’s acoustic songs have a calmness and inner beauty to them which if you’re feeling a bit battered after your first two days could offer a gentle oasis for you to shelter in. Lovely stuff.

Sticky Mikes Frog Bar may not be the best of venues with its low ceiling and stage making viewing for pretty much anyone but the first few rows difficult, but it may be worth the effort for Newcastle’s Shields. Indie tunes that canter along with riffs designed to dance to will be the order of the day here. When we first posted their single All I Know in March the track zipped into the Hype Machine charts quite simply because it was a catchy song that buzzed for all the right reasons. A band with promise.

Shields - All I Know (Video)

There’s plenty of late night shows at Great Escape but this one has to be our choice. Quite simply The Milk are one of the best new bands we’ve seen play live in some time. Euphoric tunes, arse tightening vocals, grooves, old school r ‘n’ b and northern soul flavours all mixed into one continuous no-gaps-for-applause stream The Milk will leave you feeling breathless, happy and utterly in love with music. With Jinja Safari and Slow Club on the bill as well it promises to be fine way to finish off Great Escape. See you there?

The Milk - Broke Up The Family (Video)

Email ThisBlogThis!Share to TwitterShare to FacebookShare to Pinterest
Labels: Emily and the Woods, Music Festivals, Shields, The Milk