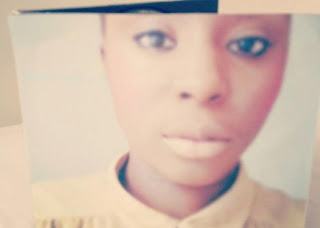 At the end of 2011 we predicted that 2012 would be a good year for female singers with the initial L. Lana Del Rey, Lianne La Havas and Lucy Rose have all done the business and there are some others that are bubbling under right now such as Laurel and Laura Welsh that are already giving us goose bumps.

So today we’re introducing another L-lady, another Laura and another goose bump moment. Laura Mvula came to our attention yesterday thanks to a tweet recommendation to us courtesy of Belgium’s number 1 music blog Disco Naïveté.

This jazz / soul vocalist previously fronted a band called Judyshouse and has worked with schools and young people in Birmingham on composing and performing projects. But it’s the first offering from her new solo project that has caught our ears. Formed out of delicate mirror like chimes, soft silky strings and layered voices She sounds musically like the night before Christmas – a time of hope - which is echoed by the lyrical sentiment of never giving up, even when things are going wrong.

We understand that Laura is working with Tom Elmhirst who has worked with the likes of Adele, Amy Winehouse and Lily Allen, so there's a good pedigree with this one. If 2012 was a good year for the L-ladies, 2013 looks like it could be equally as good.

She will be released on October 22 and you can pre-order it now on 7” vinyl using this link here.