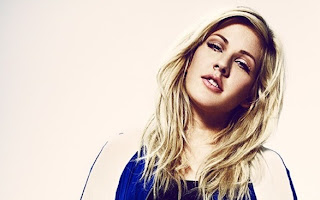 A while ago we wondered (and you may have as well) what all these new non-Halcyon LP Ellie Goulding tracks that kept springing up on line were about. It transpired the answer was Halcyon Days, one of those repackaged rereleased album things (released Aug 26th) that major labels like to do to greedily grab even more of hardcore fans cash. Is that fair? Are fans being exploited? That’s a debate for another day (one that we’ve actually tried writing and after 2000 words and tying ourselves up in endless knots we gave up on – maybe another time).

To give Ellie’s label credit this one looks pretty decent value – it’s not just two or three dodgy remixes bolted on to the end of the original album (see the full tracklisting here). It will of course include new single Burn (which for some reason never featured on Breaking More Waves so we’re posting it now). It will not however include this remix of said song which is actually a shame because it’s actually rather lovely (we prefer its calmness to the original) and the remixer (Maths Time Joy who is one Timothy James Worthington from Kent in the UK) could probably do with the money from the LP sales a lot more than Ellie could these days. After all we’re reliably informed she’s sold 10 million singles and 3 million albums. Seems that when we named her as One to Watch back in 2009 and asked “will the cool pop indie / blog buzz model work for Ellie or will it be a case of hype over content and a commercial failure?” our concerns were unfounded. The model worked. Why? The answer to that one is simple. Good songs, hard work and a little bit of luck.


Footnote and further question: That promotional photo above. It’s not the best is it? My Drug Hell by Ellie Goulding – we can imagine it being used by the tabloid press for such purposes.