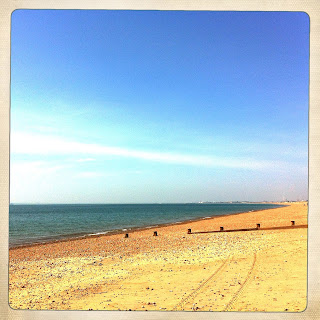 This is the Saturday Surf, our lazy weekend blog post where we offer very little commentary and let the music do the talking from some songs that we haven't found time to devote a full post to.

Ghost Loft is a project from LA-based Danny Choi and is another one of those acts (like 2forJoy yesterday) that has been sitting in the Breaking More Waves virtual filing cabinet for a couple of months. So we’re having a bit of a clear out today with this song Seconds. It’s a dreamily sexy r ‘n’b influenced piece of flirt-pop that has the same sort of minimal groove as The XX but with a smoother electronic touch. Arousing.


Indiana – Blind As I Am

This beautifully understated track came to our attention via our blog sister and all round purveyor of loveliness, Anna of Flying With Anna, so a massive hat tip to her. It’s a piece of chilled soulful electronic beauty, from a new Nottingham based songstress that reminds us a little of another Breaking More Waves favourite Delilah. Utterly gorgeous. Instant love for Indiana and Blind As I Am.

We first featured Golden Fable in our New Waves feature back in February. Sugarloaf is the duo’s new single released on August 6. Vocals flown down from heaven, radiant guitars and puzzling clicks grow into something subtly jubilant. More mind expanding than any illegal drug and better for you.