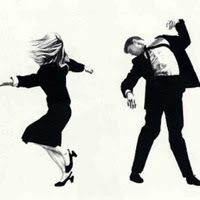 Recently we touched on the fact that many independent music blogs were shifting their emphasis from being just ‘tastemakers’ through the articles and music that they featured, to developing secondary or even primary motives of promoting their own products, either as a record label or gig promoter. Certainly acting as a record label can ensure that a blog can mitigate risk from any DMCA / blog takedown problems (see here) as they will have ownership of the music that they publish.

However, in using a blog as part of the mechanism for selling product, from records, CD’s and downloads to gig tickets, the art vs commercialism argument kicks in. Does a blog that acts as a record label or promoter begin to do things differently? Does its motivation come from the angle of commercial gain rather than just for the music itself? Does it lose a degree of impartiality and independence? Does the expansion of roles change the content of the blog? Can a reader still trust the valued recommendations of a blog that sieves the new music that is out there, when it is potentially competing for sales against other producers? Or will that sieve be blocked and grouted by the quest for financial success, joining hands with the established music industry?

For example there is danger that these commercially minded blogs will fall more under the influence of the major labels. As majors push material out to blogs as low key testing grounds to gain buzz reaction and develop ‘indie credibility’, small scale record label blogs could simply be used as pawns by the majors, taking payment to release material on their boutique labels that may not fall within their own tastes. Effectively they could just become another PR mechanism for the majors rather than viewing it from an artistic sensibility and only releasing what they like, irrespective of commercial viability.

Earlier this month we featured the band Cults who received early coverage from both Pitchfork and Gorilla vs Bear blog. Now Gorilla vs Bear have announced that they too are starting a record label. Their debut release on their label Forest Family is to be the groups Go Outside on April 20th on distinctive yellow vinyl. It’s a quality release and in a small way throws the whole art vs commercialism argument out of the window, showing that ultimately a great song is simply that. Some great songs are resolutely commercial, others aren’t – the issue though is simply that they are great and that's all that counts. We hope that the amazing blogs out there that develop a commercial arm can continue to bring the quality.
If Cults are simply a duo who put out this one song and then disappear back into the ether or release further material remains to be seen, but for now, let’s just kick back and enjoy again the one that everyone likes. This time with a new unofficial video created by Helene Park, shot around Maui.

Go Outside from Helene Park on Vimeo.

Email ThisBlogThis!Share to TwitterShare to FacebookShare to Pinterest
Labels: Cults